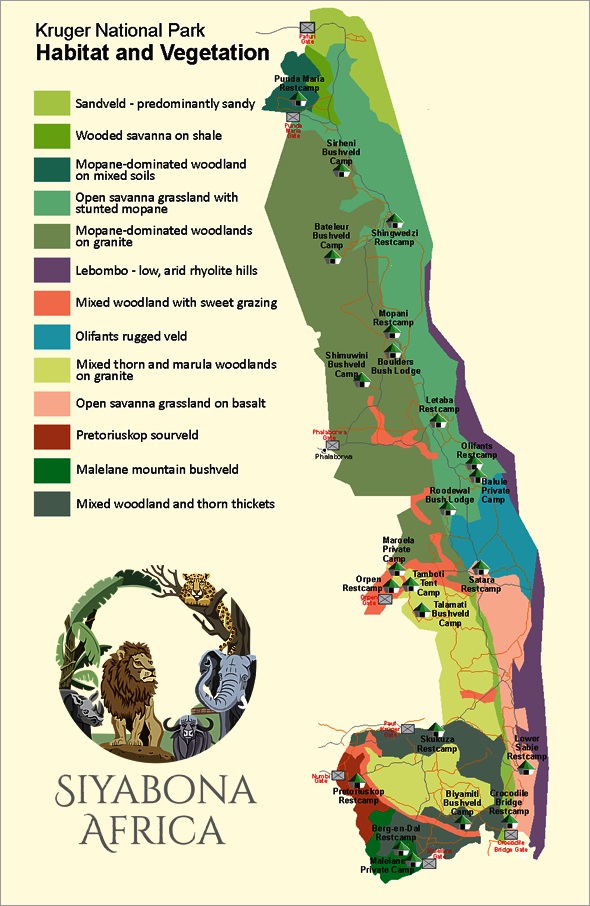 Mopane-dominated woodlands on granite – mopane in tree and intermediate form, mixed in with pockets of bushwillow and acacia species; lower game densities because of sourveld grazing

Lebombo – low, arid rhyolite hills with euphorbia and succulents on the hill crests and woodlands; riverine forest in the gorges between the rocky outcrops

Open savanna grassland on basalt – sweet, nutritious grazing on open plains; pans fill up quickly in summer; lots of large grazing herds and the predators that hunt them

Mixed woodland and thorn thickets – mostly in the lower contours of the catchment areas along the Crocodile and Sabie Rivers; often good game viewing because of close proximity to water